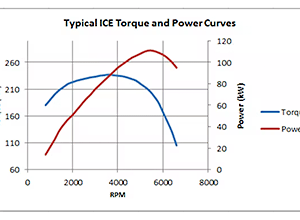 If you’ve landed on this page, chances are you’re asking yourself: “Is it the right time to switch to electric? Should my next boat have electrical propulsion?”. As builders of electric boats for pioneers, our answer at Lanéva is an emphatic “yes”. In this article, we list 8 key benefits of electrical engines that demonstrate why electrical propulsion is the smart choice for the present, and the inevitable choice for the future.

They are clean for the sea and for the air

This is the most well-known fact about electrical engines: they do not release unpleasant odours, exhaust fumes, harmful gases like CO2, nitrogen oxides or other small particles of very toxic elements. They actually emit little to none CO2 compared to fuel engines. The following numbers might just suffice to show you the shocking difference: a standard 8 meter-diesel dayboat, equipped with, let’s say, a Volvo Penta D3 220 motor, consuming about 213 litres of fuel for a 40 nautical-mile trip, will emit about 554 kg of CO2 per trip. This is about 88 times the level of emission of a Lanéva boat, which is about 6,30 kg of CO2 per trip in France!

Another aspect of the eco-friendliness of electrical engines is that, unlike ICEs, they do not function with large quantities of oil which often needs to be replaced on a yearly basis. Not to mention that disposal of oil often creates another type of pollution. With an electric boat, you are sure to contribute to the water quality and protection of the marine ecosystem, by preventing the leak and formation of oil films on the water, either in port facilities or at sea. 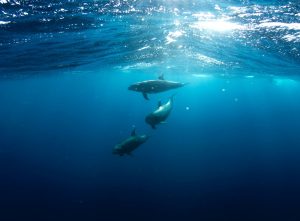 Lastly, because electrical engines do not need fuel, they are definitely more clean for the environment. Fuel is polluting: some litres of leaked fuel are enough to poison the surface water of a whole port. This is one of the reasons why we believe that there will be more and more restrictions on the use of combustion engine boats on lakes (and water reserves) as well as in some marine cities, ports or sea areas.

They are silent and generate low vibration

When boarding a vessel, we are subjected to different sources of noise: the engine, the wind and the water hitting the hull. Waves can have either a low or high frequency, which you can perceive either as a vibration (low frequency) or a sound (high frequency).

According to boats.com, “It isn’t unusual for inboard or stern drive boats to reach levels in the 90-105 dB range” To give you an idea, 90 dB corresponds to the noise level of a subway, truck traffic or a lawn mower. This means you either need to speak very loud, even shout, or move closer to the person you want to talk to in order to be heard.

Like on a Tesla there is hardly any noise level on a Lanéva boat. This is mainly due to the absence of micro-explosions or of friction between metal parts, as it is the case with fuel engines.

The only noise you will hear on a Lanéva Boat is that of the water breaking against the hull, just like on a sailing boat. Expect a much lesser noise level of about 45-50 dB, which is equivalent to the noise level of a quiet library or of a moderate rainfall. As a consequence, there is no need for complex exhaust systems or silencers to keep the noise at an acceptable level.

As for vibrations, they are reduced to a minimum: this is mainly due to the internal construction of the electric motor that operates through a magnetic field and allows the smooth and frictionless rotation of its components.

At this point, the question you may want to ask yourself is: do I mind being at sea and hearing the same level of noise as if I were in the main streets of a big city or would I rather enjoy the sound of nature, peace and quietness?

Electric boats will get you to spots inaccessible to others

Because electric motors present emission-free, low vibration and silent characteristics, there are no driving bans for e-boats; whereas fuel boats are forbidden on many lakes, like in Germany and Austria. It is also said that by 2025, ICEs will be banned in Amsterdam.

Venice is another significant case: last year, on August 19th, 2019, a new law was introduced to restrict boat traffic and air pollution on the city’s most crowded canals. Electric boats are, however, exempt from this law. Hence, VeniceAgenda2028 has launched a worldwide petition asking that “all boat traffic on the city’s canals be electric by 2028”; an initiative actually supported by the Fondation Prince Albert II de Monaco.

We’ve just mentioned European examples. But imagine yourself on a daytrip to an exotic, pristine area, to a secluded beach or even to a jewel island, preferably and soon-to-be accessible by 100% electric boats only. Think Lake Tahoe in Sierra Nevada, the Marchica Lagoon in Morocco, Palawan’s islands in the Philippines, or the famous dive destination Raja Ampat in Indonesia. 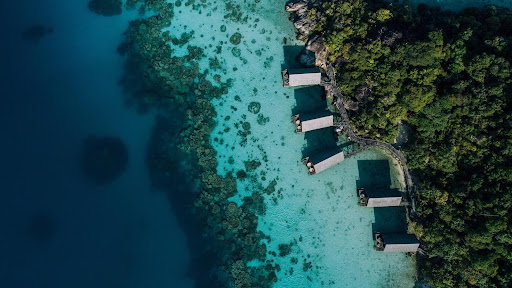 In summary, switching to a climate-neutral and ecologically sustainable solution means that you leave nothing behind – i.e. your environmental impact on nature and animals is very low – while having the privilege to access idyllic and sought-after spots.

They generate motion, not heat

By definition, an internal combustion engine is a heat engine, meaning that fuel is ignited in order to generate heat, which in turn produces mechanical energy and motion. The system involves high-pressured fuel, micro-explosions of a compressed mixture of fuel and air, and friction between metal parts (as a result, a substantial quantity of oil is needed to make those frictions less damaging). Yet, combustion engines only partially transform energy in motion.

In an article from The Driven, explaining the difference between diesel and electrical car engines, John Cuprisin, Associate Professor Automotive Technology at Pennsylvania College of Technology, states that “petrol and diesel cars are very inefficient in converting the energy in their tanks into motion at the wheel (…) Over 60% of the energy is wasted as heat.”

Instead, electrical engines create very little heat and almost all the input energy is transformed into motion. In fact, the process is reversed: an electric motor uses electrical energy to produce mechanical energy.

They have constant maximum torque

Torque is not to be confused with power. Torque is referred to as the rotational force of an engine, whereas power is the capacity of a motor to generate torque.

Several tests on car motors, like Skoda’s, have shown that electrical engines have maximum torque from minimal RPM (RPM being the measure of motor velocity), thus ensuring greatest traction at the start, but also higher acceleration.

On the contrary, internal combustion engines see their torque and power increase with RPM. This means that traditional fuel motors need additional systems such as a gearbox or inverter (which implies complexity, friction and, again, loss of efficiency) or even a turbocharger to make the torque curve flatter and more constant. 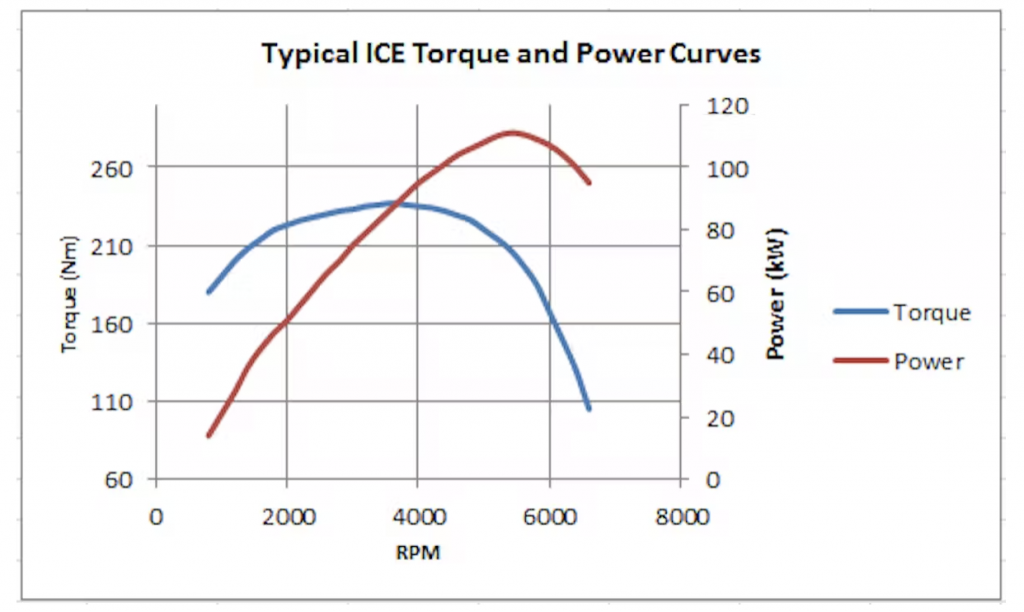 They improve a vessel’s manoeuvrability and sea performance

Because electrical engines provide instant torque at low speed, e-boats are easier to manoeuvre, especially in marinas. Their speeds are also more consistent in case of heavy seas and headwinds. In bad sea conditions, they go through waves more frankly and more forcefully at low or high speed.

Electric-powered boats are known to be very stable as well. Since electric batteries are composed of different units, they are modular and therefore easier to place at the bottom of the hull, such that the weight distribution is evened out and the centre of gravity lowered. In other words, the disposition is thus more flexible in comparison to a thermic engine, which consists of one whole block. In addition, the batteries’ weight remains more or less the same, whether the batteries are fully charged or not, which means constant balance.

At Lanéva, our boats are no exception: as they are built around the battery and the motors, they feature a hydrodynamic design, a low centre of gravity and great stability.

They are easy and cheap to maintain

Combustion engines require regular checks (oil and liquid coolant levels) and major yearly maintenance (oil, filters, valve adjustments, heat exchanger check and cleaning, shaft, bearings, propeller, etc.) They operate with such a level of complexity that only highly trained people can maintain them, which results in high expenses. It also means that a lot of deficiencies and breakdowns can happen. The more parts, the higher the probability of a failure.

In comparison, electrical engines are simpler and require only minimal maintenance. One of the main reasons is that they have fewer moving parts than ICE engines; and they do not include parts that wear or need replacing on a regular basis.

As a matter of fact, if we refer to the car industry, several studies have shown that EVs’ maintenance costs are estimated to be 23% lower than ICE vehicles’, if not more.

We’ve actually made some calculations, comparing a Lanéva boat total cost of ownership and operations with that of a similar diesel-powered motorboat. It appears that operational costs alone are on average 60 times higher for a thermal motor. If we add other costs related to engine maintenance and small repairs (such as antifouling, cleaning, etc.), an electric-powered boat remains 10 times less expensive.

Now, let’s consider the ownership cost of a boat, which includes the purchase price and the total annual operations cost. If an e-boat appears to be higher priced at the time of purchase, the initial investment is amortized as early as the third year and becomes less costly than a traditional combustion engine boat on the long-term.

They are simpler and smarter

Combustion engines need all kinds of systems to operate, such as air filters, oil filters, fuel filters, heat exchangers, injectors, turbo-compressors, complex exhaust systems, and so forth. They are very complex and heavy. On the opposite, if you look at the engine room of an electrical vessel, it looks simple and neat.

Electrical engines work with batteries, electricity and some electronics. Because electricity and electronics work nicely together, it is much simpler to build an integrated propulsion and vessel monitoring system. In fact, there has been a lot of progress in this regard. Nevertheless, as it is still something uncommon, it is fair to say that it comes at a cost.

At Lanéva, we have integrated a digital and smart monitoring system thanks to a purpose-built  Czone  interface. The system is based on the NMEA 2000 network with some parts in CAN or CAN-Open and its CAN to N2K processor. This allows for remote monitoring of the boat, either to control and manage any necessary maintenance operations, or to track in real time your boat and charging level from home. Fingertip control is available anywhere around the boat, through the dedicated CZone screens or through a tablet. It allows the set-up of all dashboard functions with safety and comfort controls, including authorized access to key data by Lanéva. The servicing of the boat is therefore easily managed by the technical team.

Again, such smart navigation is possible due to the choice of an electric motor; something you won’t easily find in vessels equipped with combustion engines.

In this article we touched on 8 key benefits of electrical engines, More than opinions, these benefits are backed up by science, research and operational know-how and practice. This is why we believe electrical propulsion is the smart choice for the present, and the inevitable choice for the future.

Let us deliver the proof to you in person. Book a test drive on our Lanéva Boat in a breath-taking location of your choice.

Further reading: we’ve touched on some other important benefits in our previous article “Dispelling electric boats myths” – you may want to have a read in case you’re still in doubt or need to clarify some points.